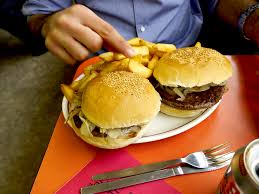 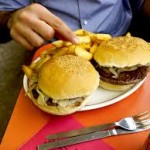 Researchers compared the bacterial gut diversity of two different populations based on a Westernized diet and a rural diet. The research study published in Cell Reports, investigated the hypothesis that lifestyle contributes to altering the gut microbiome. Gut bacteria has been increasingly linked to inflammatory conditions and an impact on the immune system and it has been increasingly seen as an important regulatory mechanism to keep the body in an optimal condition.

The researchers specifically concentrated on a society less impacted by the Western lifestyle to investigate the impact of gut bacteria. The researchers analyzed the content of the fecal bacteria of 40 Papal New Guinea residents, compared to US residents and found that 50 bacterial types were missing from US residents. In general it was found that the microbiomes of the Papua New Guinean participants had a greater bacterial diversity, lower individual variation and different compositional profiles in comparison with the microbiomes of the US resident. The gut bacteria also had the ability to move from perso to person, which was the most important mechanism in structuring the bacterial diversity.

“There are several aspects of Western lifestyle that have been hypothesized to alter the gut microbiome and decrease diversity,” said senior author Jens Walter, of the University of Alberta in Canada. “These include diet, sanitation, and clinical practices such as antibiotic use and cesarean sections, but we lack a conceptual understanding of how our m icrobiomes are altered.”

“The majority of Papua New Guineans live a traditional, subsistence agriculture-based lifestyle,” write the authors of the study. “[Papua New Guinea] has poor general health and socioeconomic predictors: infant and maternal mortality rates are high and the life expectancy is low.”
\
The researchers are currently investigating the differentiation of gut bacteria and it correlates to certain specific western based diseases and their influence on the immune system.