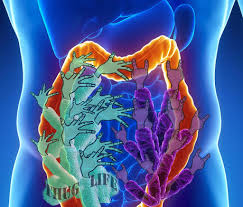 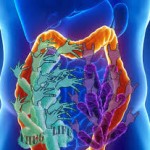 A new study released, through a collaboration of the University of California, San Francisco, Arizona State University and University of New Mexico, has detailed the enormous influence that gut microbes have on the human body.

The researchers analyzed the available literature and studies and determined that bacteria within the gut are able to influence human dietary decisions by releasing signaling molecules into our gut. As the gut is linked to the immune system, the endocrine system and the nervous system, those signals could influence our physiologic and behavioral responses.

By deliberately altering the diet, the microbiome can be influenced within 24 hours of diet change.

“Bacteria within the gut are manipulative,” said Carlo Maley, PhD, director of the UCSF Center for Evolution and Cancer and corresponding author on the paper.” “There is a diversity of interests represented in the microbiome, some aligned with our own dietary goals, and others not.”

“Our diets have a huge impact on microbial populations in the gut,” Maley said. “It’s a whole ecosystem, and it’s evolving on the time scale of minutes.”

The available research indicates that gut bacteria may be influencing eating decisions by manipulating the vagus nerve, which 100 million nerve cells from the digestive tract to the base of the brain.

“Microbes have the capacity to manipulate behavior and mood through altering the neural signals in the vagus nerve, changing taste receptors, producing toxins to make us feel bad, and releasing chemical rewards to make us feel good,” said Aktipis, who is currently in the Arizona State University Department of Psychology.

Certain strains of bacteria have been implicated in altering mood. One study demonstrated that certain strains increase anxious behavior. One clinical trial in humans found that drinking a probiotic containing Lactobacillus casei improved mood in those who were feeling the lowest.

“Targeting the microbiome could open up possibilities for preventing a variety of disease from obesity and diabetes to cancers of the gastro-intestinal tract. We are only beginning to scratch the surface of the importance of the microbiome for human health,” Aktipis said.