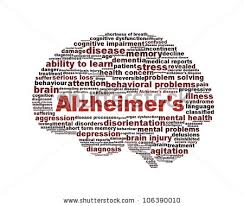 A UCLA study investigating a population of over 18,000 people determined that life style choices caused memory problems increasing the risk of Alzheimer’s disease and dementia from a young age.

The research was published in the PLOS ONE journal and may help scientists better identify how early lifestyle and health choices impact memory later in life.

The 18,552 individuals who took part in the study were analyzed for depression, lower education levels, physical inactivity, high blood pressure, diabetes, obesity and smoking. The researchers expressed surprise at the prevalence of memory issues in particular among younger adults, said the study’s senior author, Dr. Gary Small, UCLA’s Parlow-Solomon Professor on Aging and director of the UCLA Longevity Center.

“In this study, for the first time, we determined these risk factors may also be indicative of early memory complaints, which are often precursors to more significant memory decline later in life,” said Small, who is also a professor of psychiatry and biobehavioral sciences at the Semel Institute for Neuroscience and Human Behavior at UCLA.

The memory issues detected in younger people were different than those for older individuals. Stress played a large role in younger adults.

“We hope that our findings will raise awareness among researchers, health care providers and the general public about the importance of lowering these risk factors at any age, such as getting screened and treated for depression and high blood pressure, exercising more and furthering one’s education,” said Dr. Stephen Chen, an associate clinical professor of psychiatry and biobehavioral sciences at the Semel Institute and the first author of the study.