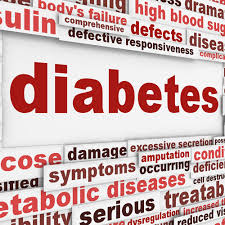 Metabolic syndrome is characterized by a cluster of symptoms including a large waistline, high levels of triglyceride, low density lipoprotein and high fasting sugar. It has become a pervasive health syndrome with approximately 34% of Americans suffering from Metabolic Syndrome.

A research team from Goergia State University and Cornell University has previously found that altered gut microbiota plays a vital role in regulating metabolic syndrome as well as promoting Chrohn’s disease and ulcerative colitis. The team followed up on prior studies and has detailed the metabolic pathway involved which includes the TLR5 gene. A mouse model was used to demonstrate that altered gut microbiota that promotes inflammation is more aggressive than other bacteria in infiltrating the epithelium. Some of the mice were missing the TRL5 gene, resulting in alterations in the inflammation driving bacteria that promoted metabolic syndrome.

“It’s the loss of TLR5 on the epithelium; the cells that line the surface of the intestine and their ability to quickly respond to bacteria. That ability goes away and results in a more aggressive bacterial population that gets closer in and produces substances that drive inflammation,” said Dr. Andrew Gewirtz, a professor in the Institute for Biomedical Sciences at Georgia State.