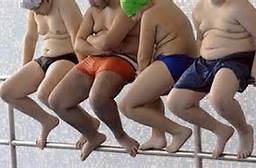 A new study, published by the Stanford University by JAMA Internal Medicine has revealed that Body mass index (BMI) and aerobic capacity in adolescents is linked to increased risk of high blood pressure.

Aerobic capacity and muscular strength is used to examine the impact of physical fitness and is measured in watts and muscular strength is measured in newtons. The study population consisted of 1.5 million 18 year old men observed up to maximum age of 62. Among the 1.5 million men, 93,035 (6 percent) were subsequently diagnosed with hypertension with an average follow-up of nearly 26 years. The median age of participants at hypertension diagnosis was nearly 50.

“If confirmed, these findings suggest that interventions to prevent hypertension should begin early in life and include not only weight control but also aerobic fitness, even among those with a normal BMI,” the researchers specify.

A prior study published in the Journal of the American College of Cardiology has demonstrated that elevated blood pressure at an early stage is a predictor for heart failure, after the age of 50. The research participants consisted of 2,479 men and women between ages 18 and 30. Their blood pressure was assessed seven times over a period of 25 years. The estimated “cumulative blood pressure exposure” was evaluated by multiplying their systolic blood pressure (when the heart is contracting) and diastolic blood pressure (between beats) at each of the seven time points by the year in which they were measured. Three percent of people younger than age 18 years have high blood pressure,