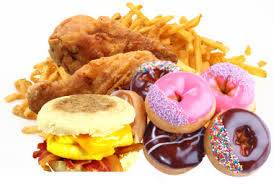 The University of Montreal and the CHUM Research Centre have published a new study, in the journal of Neuropsychopharmacology, specifying that a high fat diet can alter the mesolimbic dopamine system which controls motivation and general wellbeing. The study is the first of its kind linking a high fat diet to changes in the dopamine system.

“Our research shows that independent of weight gain and obesity, high-fat feeding can cause impairments in the functioning of the brain circuitry profoundly implicated in mood disorders, drug addiction, and overeating – several states and pathologies that impinge on motivation and hedonia,”said Stephanie Fulton of the University of Montreal and the CHUM Research Centre (CRCHUM. “Another key finding is that the effects of prolonged high-fat feeding to dampen the sensitivity of this brain reward system are specific to saturated fats – palm oil used in this study – but not monounsaturated fat such as the olive oil used in this study.”

After eight weeks the rats were tested to analyze the functioning of their dopamine system. “We established that the rats on the palm diet had a significantly blunted dopamine function,” said Cecile Hryhorczuk, the first author of the study. “Our research group and others hypothesize that this leads the brain to try to compensate by heightening reward-seeking behaviour, much like the phenomenon of drug tolerance where one has to increase the drug dose over time to get the same high. So, a person consuming too much saturated fat may then compensate a reduced reward experience by seeking out and consuming more high-fat and high-sugar foods to get the same level of pleasure or reward.”

“As we were able to control for changes in body weight, hormones and glucose levels, we think that the fats may be affecting the dopamine system by a direct action in the brain,” Fulton said. “We in fact have separate evidence that brain inflammation could be involved in this process, as it is evoked by saturated high-fat feeding, which will be presented in a future publication.”

Stephanie Fulton and her colleagues published “Dampened mesolimbic dopamine function and signaling by saturated but not monounsaturated dietary lipids” in Neuropsychopharmacology on July 14, 2015. Stephanie Fulton, PhD, is a professor at the University of Montreal’s Department of Nutrition while Cecile Hryhorczuk, MSc, is affiliated with the university’s Department of Physiology. Both are researchers at the Montreal Diabetes Centre and the CHUM Research Centre (CRCHUM.)