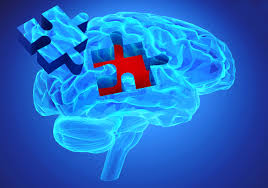 A new study, published by the Department of Neuroscience and Regenerative Medicine at the Medical College of Georgia has specified that immune cells in the brain consume the synapses between brain neurons, when exposed to a high-fat diet.

“Microglia eating synapses is contributing to synapse loss and cognitive impairment in obesity,” said Dr. Alexis M. Stranahan. “On the one hand, that is very scary, but it’s also reversible, meaning that if you go back on a low-fat diet that does not even completely wipe out the adiposity, you can completely reverse these cellular processes in the brain and maintain cognition.”

The trouble appears to start with too much fat in the body producing chronic inflammation, which stimulates microglia to have an autoimmune response. Microglia, like macrophages in the body, are known for their ability to ingest trash and infectious agents in the brain, and their highly acidic interior gets rids of it, which helps support the function and health of neurons. But as mice get obese, their microglia seem focused on overeating.

“Normally in the brain, microglia are constantly moving around. They are always moving around their little fingers and processes. What happens in obesity is they stop moving,” Stranahan said. “They draw in all their processes; they basically just sit there and start eating synapses. When microglia start eating synapses, the mice don’t learn as effectively,” Stranahan said.

The study investigated the impact of a high fat diet on mice. One group was exposed to a diet in which about 10 percent of the calories came from saturated fat. The second group consumed chow that was 60 percent fat. The scientists took metabolic measures (weight, food intake, insulin and serum glucose levels). They also measured in the hippocampus, the center of learning and memory, levels of synaptic markers, proteins found at synapses that correlate with the number of synapses.

“If you look at the lipid breakdown for the two diets, these guys are getting crazy, crazy amounts,” Stranahan said of the high-fat-fare mice. “This gives us a window into what is occurring at the level of the synapse and also microglial activation,” Stranahan said. And, they measured levels of inflammatory cytokines, which microglia produce when “they start getting activated and angry.”

The findings reflected that at 12 weeks the fat-eating mice were obese, had elevated cytokine levels and a reduction in the markers for synapse number and function. It took about two months for their weight to return to normal, although their overall fat pad remained larger than their peers who had never gained weight. That fat layer makes it easier to gain weight in the future.

The group that stayed on the high-fat diet kept getting fatter, more inflamed and losing synapses. The mice had microglia and dentritic spines on neurons which were withered in comparison to the control mice..