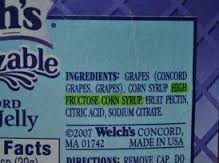 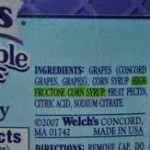 The study published in the journal Hippocampus investigated the impact of consuming sugars on adolescent rats and found memory problems, brain inflammation and a metabolism that was pre-diabetic. Adult rats fed the sugary drinks nor adolescent rats who did not consume sugar had the same issues.

The intellectual performance of the rats was tested in a maze to investigate their spacial memory ability. Adolescent rats that had consumed the sugary beverages, particularly HFCS, performed worse on the test than any other group — which may be the result of the neuroinflammation detected in the hippocampus, Scott Kanoski corresponding author of the study and an assistant professor at the USC Dornsife College of Letters, Arts and Sciences, said.

“The brain is especially vulnerable to dietary influences during critical periods of development, like adolescence,” said Kanoski.

“Consuming a diet high in added sugars not only can lead to weight gain and metabolic disturbances, but can also negatively impact our neural functioning and cognitive ability.” Kanoski said. Next, Kanoski and his team plant to see how different monosaccharides (simple sugars) and HFCS affect the brain.