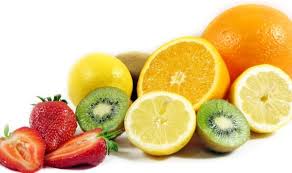 The University of Copenhagen has published a new study, in the Journal of Clinical Nutrition, specifying that the consumption of high concentrations of vitamin c through a high intake of fruit and vegetables is linked to a reduced risk of cardiovascular death and a lowered mortality rate. The human body is unable to produce vitamin C, a powerful antioxidant, and it helps to build the connective tissue which supports and connects different types of tissues and organs in the body. The antioxidant activity protects cells from the damage which causes many diseases, including cardiovascular disease.

The researchers used data obtained from the Copenhagen General Population Study to investigate the impact of vitamin C on the body and the research participants consisted of 100,000 Danes and their intake of fruit and vegetables.

“We know that fruit and vegetables are healthy, but now our research is pinpointing more precisely why this is so. Eating a lot of fruit and vegetables is a natural way of increasing vitamin C blood levels, which in the long term may contribute to reducing the risk of cardiovascular disease and early death. You can get vitamin C supplements, but it is a good idea to get your vitamin C by eating a healthy diet, which will at the same time help you to develop a healthier lifestyle in the long term, for the general benefit of your health,” said Boerge Nordestgaard, a clinical professor at the Faculty of Health and Medical Sciences, University of Copenhagen, and a consultant at Herlev and Gentofte Hospital.

Several studies have revealed that consuming vitamin C curbs the increases in oxidative stress markers caused by exercise. In addition vitamin C is involved in the metabolism of histamine, prostaglandins, and cysteinyl leukotrienes, all of which appear to be mediators in the pathogenesis of exercise-induced bronchoconstriction.

Vitamin C has been found to halve the standard pulmonary function outcome (FEV1) in research participants experiencing exercise-induced bronchoconstriction. FEV1 measures the amount of large-airway obstruction. Five other studies examined subjects who were under short-term, heavy physical stress and a meta-analysis revealed that vitamin C halved the incidence of respiratory symptoms. Another trial reported that vitamin C halved the duration of the respiratory symptoms in male adolescent competitive swimmers.

Vitamin C was found to reduce respiratory distress symptoms in a study carried out by the University of Helsinki in Finland. Twelve research participants suffered from exercise-induced bronchoconstriction. Vitamin C administration increased the post-exercise lung function in participants by between 50% and 150%.

Dr. Hemila the senior study author concluded that “given the safety and low cost of vitamin C, and the consistency of positive findings in the nine randomized trials on vitamin C against exercise-induced bronchoconstriction and respiratory symptoms, it seems reasonable for physically active people to test whether vitamin C is beneficial on an individual basis, if they have documented exercise-induced bronchoconstriction or suffer from respiratory symptoms such as cough or sore throat after taking vigorous exercise.”