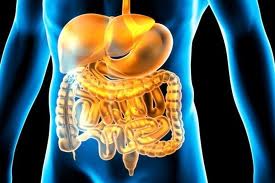 A new study has confirmed what parents who use nutritional intervention for Autism spectrum disorders already suspected, namely that the gut microbiota is programmed by the food that is eaten and has substantial health effects.

“Research is starting to show that the food we eat has a huge bearing on the composition of this collective and also that the profile of the collection of bacteria can be associated with a person’s health status,” explains Dr Paul Ross, Head of the Teagasc Food Research Programme and Principal Investigator at the Alimentary Pharmabiotic Centre, Teagasc, Food Research Centre, Moorepark.

In a project called EDLERMET a team of researchers sequenced the microbiota obtained from elderly people living at certain residential facilities. The composition of the microbiota is stable during adulthood. Life stressors such as after giving birth, inflammatory bowel conditions, gastrointestinal infections and age impact on the gut bacteria, which displays high degree of variation reflecting differences in lifestyle, diet, host genetics, etc.

This study found that the microbiota was specific to the residence location. “The results demonstrated that the individual microbiota of people in long-stay care was significantly less diverse than those that resided in the community,” explains Dr Ross. “In addition, these subjects were also clustered by diet by the same residence location and microbiota groupings. Interestingly, the separation of microbiota composition correlated significantly with health parameters in these individuals including measures of frailty, co-morbidity, nutritional status, markers of inflammation and with metabolites in faecal water.”

The findings confirm that diet can program the gut microbiota which regulates the overall health of a person. Environmental influences play a significant role in how the bacteria regulates human health and illustrates the concern of genetically modified activists and the impact of genetically modified food and the resulting impact on the gut environment leading to cancer, diabetes, obesity, asthma and autism.

Another study by a different research team has elucidated one molecular mechanism by which the gut bacteria is regulated.

David Artis PhD, associate professor of Microbiology, at the Perelman School of Medicine at the University of Pennsylvania has determined that the enzyme HDAC3 is a key mediator in maintaining proper intestinal integrity and function in the presence of friendly bacteria. HDAC3 controls genetic pathways critical to maintaining a healthy balance between intestinal microbes and their host.

Teagasc (2013, November 1). A galaxy within us: Our gut microbiota and how it can be programmed by food.