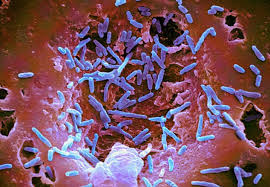 A new study, published in the journal of Experimental Medicine, by researchers from the Icahn School of Medicine at Mount Sinai, has specified the ability of Microbiota to generate an immune responses; in lungs, a mucosal surface of the body which protects against infection. Previously researchers had only focused on the human gut bacteria and its impact on the immune system as the bacterial composition within the human body changes when exposed to different food, antibiotics or other factors that affect composition.

“Our findings demonstrate a clear role of bacteria in modulating immune function in the lungs, which were long considered ‘sterile’ sites,” said Saurabh Mehandru, MD, senior author of the paper and Assistant Professor of Medicine in Gastroenterology, Icahn School of Medicine at Mount Sinai. “This provides the basis to study other aspects of lung immune function that may be affected by microbial communities and may also help with improving nasal vaccines used to protect against infections of the lung and elsewhere in the body.”‘

Further, when the germ-free mice were fed with a component of bacterial cell wall called LPS, the lung dendritic cells started instructing B cells to produce IgA again.

Immunoglobulin A (IgA) is the predominant antibody within the inner lining of the body, called the mucosa; intestines and lungs are two of the largest mucosal surfaces affecting immune regulation. At these sites, IgA is shown to protect against infections. Evidence is also emerging that IgA may help suppress allergies at these sites.

The reciprocal interactions between gut microbiota and functional food components influence their effects on human health. The gut microbiota transforms dietary compounds into different bioactive metabolites in vivo and, in turn, food bioactive compounds might influence the gut microbiota composition and its physiological effects on mammalian tissues. As the intestines and lungs share a similar immune response it is expected that lung bacteria composition may be impacted on by certain food substances.