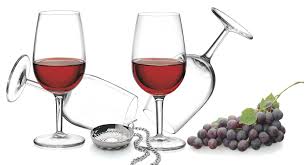 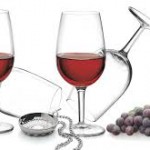 A new study has revealed that imported wine contains compounds that are potentially dangerous to human health. Phthalates are a family of compounds made from alcohols and phthalic anhydride. They are oily, colorless, odorless liquids that do not evaporate readily. Often called plasticizers, phthalates are used in the manufacture of plastics, including polyvinyl chloride plastics (PVC).

Phthalates can prolong the lifespan or durability of plastics and increase the flexibility of some plastics. They can be found in hundreds of products such as toys, vinyl flooring, herbal pill coating, and plastic shower curtains. In addition, phthalates are also used as solvents. Phthalates are used in a variety of cosmetic products, such as nail polishes, perfumes, skin moisturizers and shampoos to enhance penetration and hold scent and/or color.

The research study analyzed a number of imported French wines spirits and found that 59% of the wines analysed contained significant quantities of one particular form of phthalate, dibutyl phthalate.

A major source of contamination appeared to be spirit containers coated in epoxy resin.