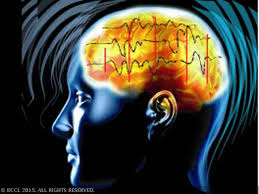 Researchers from the University of Southampton have published a new study in the journal Brain specifying how Alzheimer’s disease is impacted by inflammation in the brain, driving the development of the disease.

Reducing inflammation halts the progression of the disease by blocking a receptor in the brain responsible for regulating immune cells, protecting against the memory and behavior changes seen in the progression of Alzheimer’s disease.

Tissue samples from healthy brains and those with Alzheimer’s were analyzed for a particular type of immune cell, known as microglia. The research findings revealed that microglia were more numerous in the brains with Alzheimer’s disease and the activity of the molecules regulating the numbers of microglia correlated with the severity of the disease.

Mice which had been bred to develop features of Alzheimer’s, were used to investigate the impact of the immune response on the brain, and were given an oral dose of an inhibitor that blocks CSF1R. The inhibitor prevented the increase in microglia numbers seen in untreated mice as the disease progressed and prevented the loss of communication points between the nerve cells in the brain associated with Alzheimer’s. The treated mice demonstrated fewer memory and behavioral problems compared with the untreated mice and the healthy number of microglia needed for normal immune function in the brain was maintained.

Dr Diego Gomez-Nicola, lead author of the study and an MRC New Investigator Research Grant (NIRG) fellow at the University of Southampton, said: “These findings are as close to evidence as we can get to show that this particular pathway is active in the development of Alzheimer’s disease.

“The next step is to work closely with our partners in industry to find a safe and suitable drug that can be tested to see if it works in humans.”

Dr Simon Ridley, Director of Research at Alzheimer’s Research UK, said: “This work, looking at the role of the immune system in Alzheimer’s disease, suggests that blocking the action of the CSF1R protein in mice could help limit the damaging effects of inflammation and protect against symptoms like memory loss. In the last few years, scientists in Southampton have been at the forefront of research into the role of the immune system in Alzheimer’s, so it is encouraging to see this study taking these ideas forward by identifying a specific mechanism that could be a target for future treatments”.

“Alzheimer’s Research UK is delighted to be supporting the next phase of this work as the researchers seek to build on these findings and develop drugs that could block the action of CSF1R in people. Research like this is vital as there are currently no treatments that can stop or slow the progression of Alzheimer’s in the brain. We desperately need to see greater investment in research, if we are to find new ways to help the tens of thousands of people who develop Alzheimer’s in this country every year.”