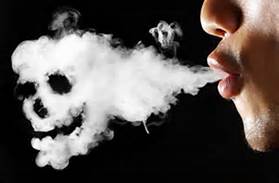 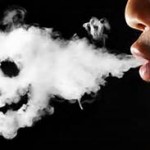 Scientists at the University of California Riverside have confirmed what most non smokers have suspected, namely that second-hand and third-hand smoke are as deadly as first-hand smoke. The study was published in the PLOS ONE journal.

“We studied, on mice, the effects of third-hand smoke on several organ systems under conditions that simulated third-hand smoke exposure of humans,” said Manuela Martins-Green, a professor of cell biology who led the study. “We found significant damage occurs in the liver and lung. Wounds in these mice took longer to heal. Further, these mice displayed hyperactivity.”

Third and second-hand smoke is particularly detrimental to young children and immuno-compromised individuals and contamination of homes by smokers is high both on the surfaces in the home as well as household dust. Contaminated indoor surfaces can emit nicotine leading to exposure levels that are the same as first-hand smoking. Third-hand smoke, which contains strong carcinogens, has been found to persist in houses, apartments and hotel rooms after smokers move out.

Martins-Green expressed particular concern regarding the potential neurological damage to children:”The latter data, combined with emerging associated behavioral problems in children exposed to second- and third-hand smoke suggests that with prolonged exposure, they may be at significant risk for developing more severe neurological disorders.”

“There is a critical need for animal experiments to evaluate biological effects of exposure to third-hand smoke that will inform subsequent human epidemiological and clinical trials,” Martins-Green said. “Such studies can determine potential human health risks, design of clinical trials and potentially can contribute to policies that lead to reduction in both exposure and disease.”
Her research team was surprised to find that the damage caused by third-hand smoke extends to several organs in the body.
“More recently we have found that exposure to third-hand smoke results in changes that can lead to type II diabetes even when the person is not obese,” Martins-Green said. “There is still much to learn about the specific mechanisms by which cigarette smoke residues harm nonsmokers, but that there is such an effect is now clear. Children in environments where smoking is, or has been allowed, are at significant risk for suffering from multiple short-term and longer health problems, many of which may not manifest fully until later in life.”