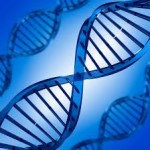 A new study has determined that a gene variant is responsible for insulin resistance, highlighting how little researchers actually know about the disease. Diabetes has become a global public health burden and approximately one third of the U.S. population has insulin resistance.

Insulin resistance occurs in the vast majority of patients who eventually develop type 2 diabetes and seems to be a necessary, but not sufficient, abnormality leading to hyperglycemia in these individuals. Insulin-resistant persons who continue to secrete insulin are still at increased risk to develop cardiovascular disease. It is estimated that 25% to 33% of the US population is sufficiently insulin resistant to be at risk for adverse clinical consequences.

The research analysis by Stanford University examined the genes in over 5,000 individuals and found that the presence of one specific gene variant, called -acetyltransferase 2 (NAT2) is associated with risk factors for diabetes and heart disease.

Using a mouse model the researchers found that inhibiting the NAT2 gene homolog decreased insulin sensitivity. A homolog is defined as a member of a chromosome pair. The NAT@ gene has not been previously associated with insulin resistance.