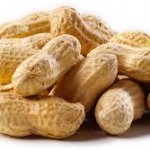 A study conducted by the NIAID-funded Immune Tolerance Network (ITN) revealed that the risk of peanut allergies could be substantially reduced through the introduction of peanuts.

The research was published in the New England Journal of Medicine and was presented at the meeting of the American Academy of Allergy, Asthma and Immunology. The research participants included more than 600 high-risk infants between 4 and 11 months of age who were assigned randomly either to avoid peanut entirely or to regularly include at least 6 grams of peanut protein per week in their diets. The regiment was continued until 5 years of age and participants were followed with monitored visits to health care professionals, in addition to completing dietary surveys by telephone.

The research findings revealed an 81 percent reduction of peanut allergy in children who began early, continuous consumption of peanut compared to those who avoided peanut.

“Food allergies are a growing concern, not just in the United States but around the world,” said NIAID Director Anthony S. Fauci, M.D. “For a study to show a benefit of this magnitude in the prevention of peanut allergy is without precedent. The results have the potential to transform how we approach food allergy prevention.”

“Prior to 2008, clinical practice guidelines recommended avoidance of potentially allergenic foods in the diets of young children at heightened risk for development of food allergies,” said Daniel Rotrosen, M.D., director of NIAID’s Division of Allergy, Immunology and Transplantation. “While recent studies showed no benefit from allergen avoidance, the LEAP study is the first to show that early introduction of dietary peanut is actually beneficial and identifies an effective approach to manage a serious public health problem.”