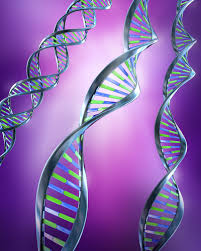 Several new studies have explored the link between jumping genes (transposons) and the ability to cause cancer in the body, once the jumping gene is inserted into specific segment of the genetic code. THe studies originating from John Hopkins University have focused on insertions of a stretch of DNA called the LINE-1 transposon, which can produce copies of itself into new areas of the genome and may interrupt normal DNA sequences.

The human genome consists of a number of DNA combinations and an estimated 17% is made up of LINE-1 copies. Previous published cases have defined cases in which new LINE-1 insertions disabled cancer-fighting genes inside tumors.

“A challenge we had to overcome to begin to answer that question was detecting new copies of LINE-1 when the human genome already contains so many — it was like finding a needle in a haystack,” said Haig Kazazian, M.D. , professor of molecular biology and genetics at the Johns Hopkins University School of Medicine’s McKusick-Nathans Institute for Genetic Medicine.

“The key question is whether these insertions are driving cancer development or whether they are just a byproduct of cancer,” said Kazazian.