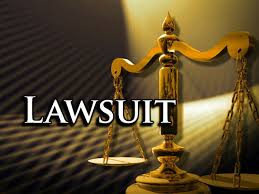 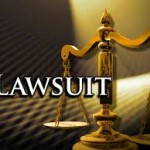 The complaint filed by the Center for Biological diversity against the U.S. Fish and Wildlife Service listed failure to protect from three pervasively used pesticides including atrazine, 2,4-D and alachlor. The lawsuit alleges that the survival of two endangered species in the Bay area is jeopardized by the failure to apply adequate protective measures although the Environmental Protection Agency has requested a determination as to whether these measures are needed.

“These pesticides are known to harm wildlife even in miniscule amounts, so it’s long past time that we start taking commonsense steps to protect endangered species, our water and ourselves,” said Brett Hartl, endangered species policy director at the Center. “Putting off any analysis of the harms caused by pesticides for six years is simply unacceptable, and has set back the recovery of these two species substantially.”

A number of studies have cited an adverse environmental impact linked to these specific pesticides. It is estimated that up to 80 million pounds of atrazine are used in the United States each year; which can harm the development of amphibians at exposures of just a few parts per billion, is toxic to fish, reptiles, mammals and birds, and elevates risks of birth defects in people. Alachlor has been classified as a restricted-use pesticide and approximately 4 million pounds are used each day. The EPA has designated it as a “likely” human carcinogen.

“Despite pesticides saturating our lands and waters, the Fish and Wildlife Service has simply stuck its head in the sand for years and ignored the widespread harm to endangered species across the country,” said Hartl. “When a pesticide like atrazine has been shown to chemically castrate amphibians at concentrations of a few parts per billion, it’s unconscionable that the Service has simply done nothing.”