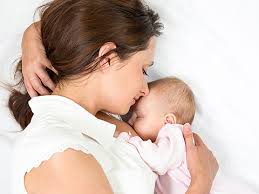 A new study, published by the Cincinnati Children’s Hospital Medical Center, has revealed that there is a correlation between pregnant mothers diagnosed with obesity and diabetes and autistic children.

One out of 45 children is affected by autism spectrum disorder (ASD) and the statistic increases on a yearly basis. The scientists noted that the increased prevalence of ASD mirrors an increase in obesity and diabetes.

Mothers with both obesity and gestational diabetes increased the risk two fold. The researchers analyzed medical records and birth data from patients and mothers. Mothers who had a child diagnosed with ASD were compared to mothers of children with a non-autism developmental disorder. Mothers who had children with no developmental disorders were included in their analysis. The scientists used a novel language processing technique to analyze free medical notes and confirm autism diagnosis differentiated by a numerical code.

“Although previous studies report a link between maternal obesity and diabetes during pregnancy to autism, we demonstrate that electronic medical data can verify and establish the extent of this link across large populations,” said Katherine Bowers, PhD, MPH, study senior author and a member of the Division of Biostatistics and Epidemiology at Cincinnati Children’s.

“Without placing any burden on study participants or the costs of developing an epidemiologic study from scratch, we can use the vast amounts of data already collected for clinical purposes to conduct broad population-based studies on this link to autism. We are very excited about the future studies we can do with this ability,” said Katherine Bowers.