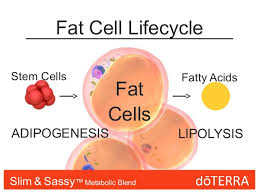 A new study published in the journal Cell Metabolism, has determined that a compound of a naturally occurring molecule can protect against obesity related diseases and kidney diseases by reducing inflammation. A combined collaborative study by the researchers at the University of California, San Diego School of Medicine and University College Dublin analyzed the body’s response to a naturally occurring family of lipids called specialized pro-solving mediators (SPMs).

“This is a new way of reducing inflammation and protecting organs, using a compound that’s already produced by the body,” said co-senior author Kumar Sharma, MD, a professor of medicine and director of the Center for Renal Translational Medicine at UC San Diego School of Medicine. “Essentially, we’re boosting the body’s natural response for reducing inflammation and showing the benefit in obesity-driven diseases.”

“Drawing on collaborative expertise in synthetic chemistry, molecular biology and translational medicine, the team has produced findings with significant potential to reduce inflammation, a critical driver of the devastating consequences of obesity-related diseases,” she said.

Lipoxin A4, a specialized pro-solving mediators (SPM), reduces the level of inflammation in kidney diseases caused by ureteral obstruction and using a mouse model the researchers gave a synthetic version of lipoxin A4 to boost the amount of natural substance already in their systems. The study findings determined significant disease improvement, primarily by affecting fat tissue as lipoxin switches the phenotype of the fat tissue macrophage cells from inflammatory to anti-inflammatory. The compound acts in an epigenetic manner and changes the lipid cells of fat tissue.

“The mice had been on a high-fat diet for three months and were already showing evidence of organ dysfunction, particularly in the liver and kidneys,” said Sharma. “The lipoxin A4 compound was given in an interventional manner for the last two months of the diet regime. We found that it significantly reduced inflammation in the fat tissues and improved kidney and liver disease. Overall, the lipoxin protected against obesity-induced organ damage, without noticeable side-effects.”

“Our ultimate hope would be to use these findings to create a lipoxin-based drug for obese people to help protect them against associated illnesses, such as kidney and liver disease,” she said. “It wouldn’t be a traditional ‘diet drug.’ It doesn’t reduce body weight. However, it may help obese patients avoid the dangers of obesity and inflammation-fueled disorders and remain relatively healthy.”