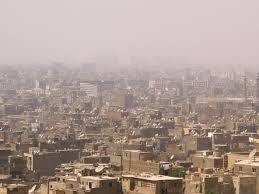 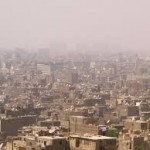 A study published in the journal stroke by the American Heart Association has revealed that fine particles contained in air pollution may cause subtle damages in the brain that could precede cognitive impairment and hidden brain damage. The damage was attributed to fine air particle pollution smaller than 2.5 micrometers in diameter (PM2.5) and may be caused by the most common and hazardous type of air pollution. It comes from burning wood or coal, car exhaust and other sources.

“Long-term exposure to air pollution showed harmful effects on the brain in this study, even at low levels, particularly with older people and even those who are relatively healthy,” said Elissa H. Wilker, Sc.D., study lead author and researcher in the Cardiovascular Epidemiology Research Unit at Beth Israel Deaconess Medical Center and the Harvard T.H. Chan School of Public Health in Boston.

The study participants, consisted of 943 adults, who participated in the Framingham Offspring Study, who were relatively healthy and free of dementia and stroke and lived in the greater Boston area and throughout New England and New York. These regions had air pollution levels which were low compared to other parts of the nation and the world.

The impact on the brain was measured during the period of 1995-2005 and researchers used magnetic resonance imaging (MRI) to determine the effect of long-term exposure to air pollution on markers of brain structure. They found a 2 microgram per cubic meter of air (μg/m3) increase in PM2.5, a range commonly observed across a metropolitan region, was associated with a 0.32 percent smaller total cerebral brain volume and a 46 percent higher risk of covert brain infarcts, a type of silent stroke.

“The magnitude of association that we observed for brain volume was similar to approximately one year of brain aging,” Wilker said. The researchers attribute fundamental changes in the brain to brain atrophy. “We found that people who live in areas where there are higher levels of air pollution had smaller total cerebral brain volume and were more likely to have evidence of covert brain infarcts,” said Wilker, who is also an instructor of medicine in the Harvard Medical School.

The structural changes that were found were attributed to small infarcts, typically located in deep regions of the brain, have been associated with neurological abnormalities, poorer cognitive function, dementia, and are thought to reflect small vessel disease. Fine particulate matter impacts people more than any other pollutant due to its small size with chronic exposure causing the most deaths from serious disease, according to the World Health Organization (WHO). The particles penetrate the alveloi of the lungs and also contribute to narrowing of arteries that supply blood to the brain.