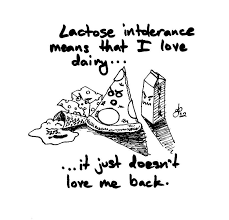 A new study released by Lund University has revealed that people who suffer from lactose intolerance are at lower risk of suffering from lung, breast and ovarian cancers. A western style diet has been thought to contribute to higher incidences of breast and ovarian cancer in different countries. North America, Western Europe and Nordic countries have higher rates of cancer than their East Asian and Central African countries.

“We found that people with lactose intolerance, who typically consume low amounts of milk and other dairy products, have a reduced risk of lung, breast and ovarian cancers,” said Jianguang Ji, Associate Professor at Lund University and researcher at the Center for Primary Care Research in Malmö.

“The risk of cancer was not reduced in relatives of people with lactose intolerance, which indicates that protection against these cancers is related to diet. However, it would be wrong to conclude that milk is a risk factor for these cancers,” said Jianguang Ji.

“In order to investigate this unanswered question we adopted a novel approach,” said Jianguang Ji. “We investigated whether low consumption of milk and other dairy products protects lactose-intolerant people against breast and ovarian cancers. Since epidemiological and animal studies show that milk consumption and lung cancer risk are both associated with the protein IGF-1 (insulin like growth factor 1), we also investigated lung cancer.”