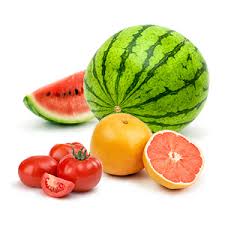 A study published by Wayne State University has determined that lycopene lowers the risk of kidney cancer. Lycopene is a natural anti-oxidant found in foods like tomatoes, watermelon and papaya, and has been shown in other studies to have strong cancer benefits. The National Cancer Surveillance Statistic reveal that 63,920 new cases of kidney and renal pelvis cancer were prevalent in 2014.It is the eighth-leading cancer among women and is commonly diagnosed at a more advance stage.

The research data was based on an investigation of 96,196 women nationwide and in Detroit who enrolled in the Women’s Health Initiative from 1993 to 1998 and were followed through July 2013. The researchers specifically examined the risks for kidney cancer associated with the intake of certain antioxidants such as lycopene and other micronutrients including lutein and vitamins C and E. During the follow-up period 240 women were diagnosed with kidney cancer. Those who had consumed lycopene had a 39 % lower risk of developing cancer. No other micronutrient was significantly associated with the same risk.

“We were surprised to observe a protective effect of lycopene, as several previous studies in other populations did not detect a similar relationship,” said Dr. Cathryn Bock, Ph.D., M.P.H., associate professor of Oncology at Wayne State University’s School of Medicine.

“Kidney cancer is a relatively rare cancer, and so focusing only on reducing risk of this disease would be short-sighted,” Bock said. “Rather, a diet focused on one’s own personal risk factors, such as family history, would be more beneficial.”

“Lycopene from food sources has also been associated with decreased risk of breast and prostate cancers, and a diet high in vegetables and fruits are generally well-accepted for promoting good health,” she said.