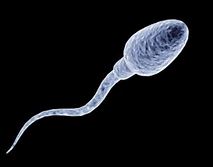 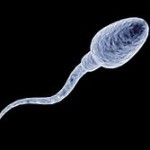 Another study from Egypt has demonstrated that male sperm is directly affected by the consumption of genetically modified (GM) food.
Several prior studies have demonstrated serious health risks associated with GM food, including infertility, immune problems, accelerated aging, insulin regulation, and changes in vital organs and the gastrointestinal system.

A study published in 2006 found that the testicles of both mice and rats fed roundup ready soybeans showed dramatic changes. In rats, the organs were dark blue instead of pink. In mice young sperm cells were altered. The purpose of this study was to investigate and confirm the prior sperm changes observed.

The results of this study confirmed that chronically feeding rats genetically modified corn for a longer period caused severe changes in sperm cells, specifically necrosis and desquamation for spermatogenal germ cells lining seminferoustubules. The impact on conceiving offspring and the genetic changes observed in offspring was not evaluated.

The authors conclude that there are several reasons why genetically modified food may be hazardous to our health and caution against consuming GM food until further safety studies have taken place. The process of genetic engineering itself creates unpredicted alterations, irrespective of which gene is transferred. This creates mutations in and around the insertion site and elsewhere in the body. The biotech industry maintains that gene transfer from GM foods is not possible; the only human feeding study on GM foods later proved that it does take place.