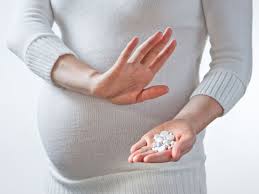 Increasing studies links the medication taken during pregnancy to chronic diseases in the resulting children. A study from McMaster University has linked antidepressants during pregnancy to an increased risk of type 2 diabetes and obesity later in life. The research was presented at the joint meeting of the International Society of Endocrinology and The Endocrine Society on the 22nd of June and demonstrated in an animal model that maternal use of serotin reuptake inhibitors (SSRIs) increases fat accumulation and inflammation in the liver of adult offspring.

Approximately 20% of pregnant mothers in the United States are prescribed anti-depressants, raising concerns relating to the metabolic impact on their offspring.

“Obesity and Type 2 diabetes in children is on the rise and there is the argument that it is related to lifestyle and availability of high calorie foods and reduced physical activity, but our study has found that maternal antidepressant use may also be a contributing factor to the obesity and diabetes epidemic,” said the study’s senior investigator Alison Holloway, associate professor of obstetrics and gynecology at McMaster University.

“While it is known that these drugs can increase the risk of obesity in adults, it is unknown whether a woman’s antidepressant use during pregnancy increases the risk of metabolic disturbances in her children,” Holloway added.

The researchers specify that the study may aid in identifying a high risk group of children who require specific intervention to prevent obesity and type 2 diabetes.

McMaster University. “Antidepressant use during pregnancy may lead to childhood obesity, diabetes.”