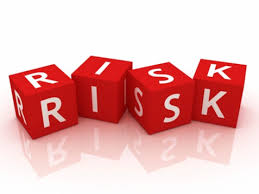 A new study, published in the Cancer journal, has revealed that individuals with specific genetic mutations have an increased cancer risk due to the harmful compounds created when cooking meat at high temperatures.

The Western diet has been blamed to an increased cancer risk, but the exact metabolic pathway has not been differentiated as some individuals are more susceptible to renal cell carcinoma.

Renal cell carcinoma causes approximately 14,000 deaths per year and is expected to be diagnosed in 60,000 new patients.

The research participants consisted of 699 patients newly diagnosed with renal cell carcinoma and 699 healthy subjects. The subjects were asked to complete questionnaires and the researchers estimated meat consumption and exposure to meat-cooking mutagens with the assistance of a National Cancer Institute database.

Cooking meat at high temperatures or over an open flame, such as when barbecuing or pan-frying, is known to result in the formation of carcinogens, including 2-amino-1-methyl-6-phenyl-imidazo(4,5-b) pyridine (PhIP) and amino-3,8-dimethylimidazo(4,5-f) quinoxaline (MeIQx).

The research findings specified that kidney cancer patients consumed more red and white meat compared to healthy individual and there was a 54 percent increased risk associated with PhIP intake and a nearly twofold increase associated with MeIQx intake.

“By analyzing genes known to be associated with RCC risk, we found that high intake of these carcinogens may be particularly meaningful for a certain subgroup of the population,” said Melkonian.

Cancer patients with variations in the gene, ITPR2, were more vulnerable to the effects of consuming PhIP. This gene has previously been associated with kidney cancer and obesity risk and the association may be partially explained by exposure to meat-cooking mutagens.

“Our findings support reducing consumption of meat, especially meat cooked at high temperatures or over an open flame as a public health intervention to reduce RCC risk and burden,” said Wu.