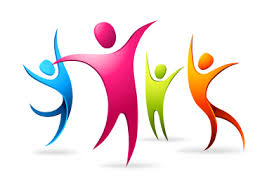 A new study, published by the duke Cancer Institute, has specified that meditation and music eases anxiety, fatigue and pain for women undergoing breast cancer biopsies.

Recent reports have cited patient anxiety and pain from breast cancer screening and testing. The new study addressed that federal reimbursements are focusing on patient care and adjusting payments based on patient satisfaction.

“Image-guided needle biopsies for diagnosing breast cancer are very efficient and successful, but the anxiety and potential pain can have a negative impact on patient care,” said Mary Scott Soo, M.D., associate professor of radiology at Duke Cancer Institute and lead author of the study published online February 4 in the Journal of the American College of Radiology.

The research participants consisted of 121 women undergoing breast cancer diagnosis and testing at Duke Cancer Institute, who were randomly assigned to receive one of three approaches as they underwent stereotactic and ultrasound-guided biopsy: a recorded meditation, music, or standard care with a technologist offering casual conversation and support.

The mediation focused on positive emotions such as compassion towards oneself and others and releasing negative emotions.

Patients in the music group listened to their choice of instrumental jazz, classical piano, harp and flute, nature sounds or world music.

Standard-care patients received supportive and comforting dialogue with the radiologist or technologist.

“Patients who experience pain and anxiety may move during the procedure, which can reduce the effectiveness of biopsy, or they may not adhere to follow-up screening and testing,” Soo said.

“It’s important that we address these issues to provide a better experience and more compassionate care for our patients,” Soo said.Immediately before and after biopsy, participants completed questionnaires measuring nervousness and anxiety, ranking biopsy pain between a low of zero to a high of 10, and assessing feelings of weakness and fatigue.

“Listening to guided meditation resulted in significantly lower biopsy pain during imaging-guided breast biopsy, and both meditation and music reduced patient anxiety and fatigue,” Soo said. “There are medical approaches to this — providing anti-anxiety drugs — but they sedate patients and require someone to drive them home.

“Meditation is simple and inexpensive, and could be a good alternative in these settings,” Soo said. “We would like to see this study scaled up to include a multi-center trial, and see if the findings could be generalized to different practices.”