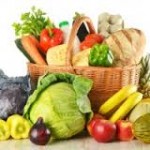 Another study has linked the Mediterranean diet to positive health effects including improved cardiovascular health and diabetes. The review study examined the published data on a a number of clinical trials. Chronic diseases linked to lifestyle factors have caused public health concern and have been associated with 60% of death worldwide.. Increasing evidence suggests that the Mediterranean diet could be of benefit in diseases associated with chronic inflammation, including metabolic syndrome, diabetes, obesity as well as atherosclerosis, cancer, pulmonary diseases, and cognition disorders

Adherence to a healthy lifestyle including nutrition has been associated with a reduction in the risk of chronic illnesses, including an 83% reduction in coronary artery disease and 91% reduction in diabetes. Some of the research findings include the following:

Another study also examined the differential impact of two types of Mediterranean diets (either supplemented with 1 l/week of virgin olive oil or 30 g/day of tree nuts) and a low-fat diet on fasting glucose in 772 high risk patients of which 54.5% are diabetics. Both types of Mediterranean diets had significantly lower level of fasting glucose, after three months, compared to the low-fat diet.

A research study of 40,000 participants found an increased risk of both total and cardiovascular mortality in diabetic patients (HR 1.4% for men, 1.86%for women). A decrease in inflammation has been observed in other studies. Obesity has long been associated with increasing the level of inflammation throughout the body and has been linked to metabloic syndrome. The effects of two different Mediterranean diets on immune cell activation and inflammatory markers in 112 individuals with diabetes (60%) or high cardiovascular risk patients compared to low-fat diet was studied in a short term interventional trial. The immune response was significantly lowered after adherence to both types of Mediterranean diets but not after low-fat diet.

The researchers attribute the health impact of oleic acid and the antioxidant characteristic of the rich content of fruits and vegetables which play a major role in controlling chronic disease.