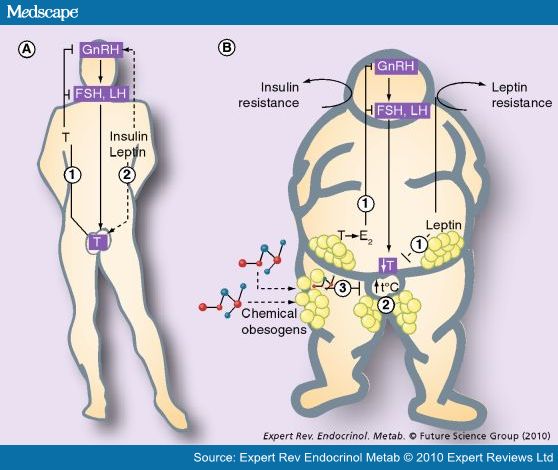 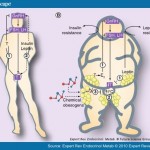 Scientists have discovered that the damage from a chronic high calorie diet can be reversed with leptin. The hormone acts as an anti-obesity mechanism and is normally secreted from adipose tissue to blood in proportion to the amount of body fat. Increased leptin levels inform the brain of stored calories and it responds to inhibit food intake, increase energy expenditure and decrease blood glucose. However, obese individuals are resistant to leptin’s metabolic effects, which limits the use of leptin as an anti-obesity drug.. A collaboration between scientists from the Helmholtz Center in Munich, Indiana University and Ambrx (a San Diego biotech company) found that leptin acts in the same way on receptors of the metabolic hormones glucagon and glucagon-like peptide-1 (GLP-1) and improves body weight and diabetes.

The study results were published in the Journal of Diabetes and demonstrate that treatment of obese mice with this GLP-1/Glucagon co-agonist improved glucose metabolism and body weight associated with restored function of the weight lowering hormone leptin, even in the continued presence of a high-fat, high-sugar diet.

“We are particularly encouraged to see that adding leptin produced weight loss beyond the benefits of the peptide-based, co-agonist” says Prof. Matthias Tschöp, Research Director of the Helmholtz Diabetes Center and Chair of Metabolic Diseases at Technische Universität München, Germany.”

Dr. Christoffer Clemmensen, the lead author of the study, adds: “If this concept proves safe and efficient at least in specific sub-populations of obese patients, then we may have come a step closer to personalized prevention of type 2 diabetes.”