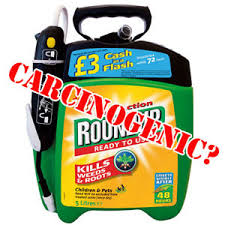 The California Office of Environmental Health Hazard Assessment (ORHHA) has announced that will be adding Roundup to it’s state’s list of known carcinogens. A report released in 2015 by the California Environmental Protection Agency’s Office of Environmental Health Hazard Assessment (OEHHA) specified that the agency intends to list glyphosate and three other chemicals as a cancer-causing chemicals under California’s Safe Drinking Water and Toxic Enforcement Act of 1986 (Proposition 65).

"The IARC classification of glyphosate is inconsistent with the findings of regulatory bodies in the United States and around the world, and it is not a sound basis for any regulatory action," said Phil Miller, Monsanto's vice president of regulatory affairs.

Monsanto's lawsuit argues that listing glyphosate under Proposition 65, as the state's law is known, based on IARC's classification cedes regulatory authority to an "unelected, undemocratic, unaccountable, and foreign body" that is not subject to oversight by any state or federal entity.