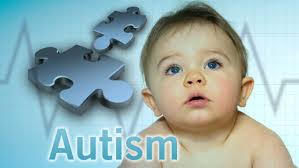 The University of Texas Health Science Center at San Antonio has determined that mothers with chemical intolerances are 2-3 more likely to have a child with autism spectrum disorder (ASD) or attention deficit hyperactivity disorder (ADHD).

The research findings were based on maternal responses to a 50 question survey called the Quick Environmental Exposure and Sensitivity Inventory.

“We are most concerned about how vulnerable the children with ADHD and autism were to environmental exposures,” said primary author, Lynne P. Heilbrun, M.P.H., autism research coordinator for the Department of Family and Community Medicine at the UT Health Science Center San Antonio. “Mothers reported that their children were significantly more sensitive to everyday exposures such as engine exhaust, gasoline, smoke, fragrances and cleaners than their neurotypical peers.” The children reportedly also were more sensitive to adverse effects from infections, medications, chemicals, foods and allergens, the authors said.

The statistics revealed the following:

Mothers in the study who had a child with ASD or ADHD reported that their children had more illnesses or symptoms associated with chemical intolerance than control mothers.

Children with ADHD were twice as likely as control children (ASD were 1.6 times more likely) to have allergies.

Children with ADHD were twice as likely (ASD were 3.5 times more likely) to have had nausea, headaches, dizziness or trouble breathing when exposed to smoke, nail polish remover, engine exhaust, gasoline, air fresheners or cleaning agents than control children.

Children with ADHD were twice as likely as controls (ASD were 4.8 times more likely) to have strong food preferences or cravings for cheese, chips, bread, pasta, rice, sugar, salt and chocolate.