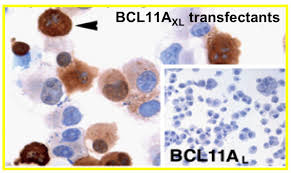 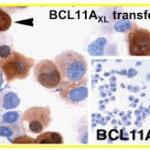 The study focused on analyzing breast cancer genes from 3000 patients. In doing so they found the BCL11A gene, which was extremely active in triple negative cancers, affecting eight out of ten patients with basal like breast cancer and was associated with a more advanced grade of tumor.

“Our understanding of genes that drive stem cell development led us to search for consequences when these genes go wrong,” said Dr Pentao Liu, senior author on the study, from the Wellcome Trust Sanger Institute. “It had all the hallmarks of a novel breast cancer gene.”

“Our gene studies in human cells clearly marked BCL11A as a novel driver for triple-negative breast cancers,” said Dr Walid Khaled, joint first author on the study from the Wellcome Trust Sanger Institute and University of Cambridge. “We also showed that adding an active human BCL11A gene to human or mouse breast cells in the lab drove them to behave as cancer cells”. “As important, when we reduced the activity of BCL11A in three samples of human triple-negative breast cancer cells, they lost some characteristics of cancer cells and became less tumorigenic when tested in mice. So by increasing BCL11A activity we increase cancer-like behaviour; by reducing it, we reduce cancer-like behaviour.”

Upon inactivating the BCL11A gene in mice, none of the mice developed tumours in their mammary gland, compared to all of the untreated mice who developed tumors. It was also determined that BCL11A is required for normal development of breast stem cells and progenitors, which are thought to be the cells that, when mutated, give rise to basal-like breast cancer.