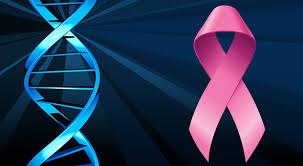 “This study showed that studying specific founder populations like Polish and French-Canadian women is an excellent approach for identifying disease-associated genes, said Dr. Akbari. “Our work is an exciting step in identifying all of the relevant genes that are associated with inherited breast cancer.”

“In the future, we might be able to select or develop treatments that can work around or correct relevant genetic mutations that are linked to breast cancer,” Dr. Akbari said. “This opens the door for new and better ways of approaching treatment.”