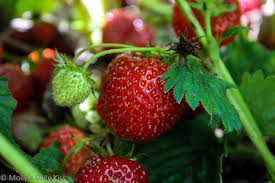 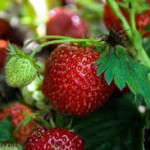 The California Department of Pesticide Regulation has implemented strict limits on chloropicrin, a pesticide which has caused a considerable number of adverse health effects. Chloropicrin is “an irritant with characteristics of a tear gas. The health complaints range from respiratory ailments, skin irritation and headaches.

The new safety rules implement wider buffer zones of up to 100 feet around fields where the pesticide is applied. Agricultural growers are further restricted to fumigating 40 acres a day and to provide 48 hours notice to the state and to notify surrounding homes and businesses in English and Spanish.

California produces about 88% of the nation’s strawberries and California agricultural growers have applied more than 9 million pounds of chloropicrin in 2012. The rules will impact mostly on strawberry fields, which are fumigated each year before planting and account for about 70% of all chloropicrin use. The chemical is also used to protect raspberries, almonds, peppers, tomatoes and melons against a variety of pests and diseases.

The new regulations originated after a 2010 health review recommended reducing the risk of human exposure to the pesticide by limiting its airborne concentration. “The right to farm does not include the right to harm,” said Brian Leahy, director of the Department of Pesticide Regulation. “Part of the cost of doing business is putting protective measures in place that ensure that no one is getting hurt.”

Advocacy groups have criticized the scope of regulations. “The buffers are not large enough to protect residents, workers and schoolchildren,” said Anne Katten, who monitors pesticide and worker safety for the California Rural Legal Assistance Foundation. “The long-term solution is to phase out the use of chloropicrin and other high-toxicity soil fumigants and move to alternative measures to control soil pests that are safer and more sustainable.”