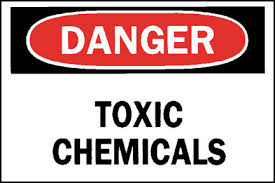 A recommendation by the New England journal of Medicine has focused on the environmental and public health safety hazard associated with genetically modified organisms. The vast majority of corn and soybeans grown in the United States are genetically engineered and the Food and Drug Administration (FDA) does not require labeling of GM foods.

The use of genetically modified crops has resulted in increased herbicide resistance resulting in considerable tolerance to glyphosate (Roundup). Roundup ready crops account for more than 90% of the corn planted in the United States and glyphosate use has increased by a factor of more than 250 to 113 million kg in 2014.

The Environmental Protection Agency (EPA) has approved the use of Enlist Duo, a combination herbicide comprising glyphosate plus 2,4-D to combat resistance. It will be marketed in tandem with newly approved seeds genetically engineered to resist glyphosate, 2,4-D, and multiple other herbicides. The EPA has specified that it anticipates a 3-to-7-fold increase in 2,4-D use.

The New England Journal of Medicine has offered two recommendations:

The EPA should delay implementation of its decision to permit use of Enlist Duo and the National Toxicology Program should urgently assess the toxicology of pure glyphosate, formulated glyphosate, and mixtures of glyphosate and other herbicides.

The FDA should label GM foods.