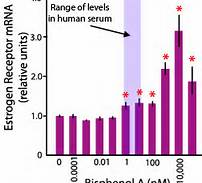 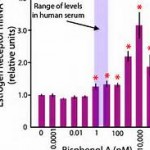 Bisphenol A (BPA) is a chemical substance produced in large quantities and used primarily in the production of polycarbonate plastics and epoxy resins. Health concerns have arisen over the years as BPA can be found in every plastic product including food and drink packaging including water and infant bottles. BPA is associated with heart disease, diabetes, obesity, cancer, and neurological dysfunction and has been banned in baby bottles in the European Union since 2011; however, is readily used in the United States. Effective doses of BPA have been measured in CD’s, paper money, thermal paper, food cans, dental fillings and flame retardants, even in the breathing air and in house dust.

Researchers from the University of Bonn in Germany have published their work in the journal of Molecular Pharmacology which shows in experiments on cells from human and mouse tissue that BPA blocks calcium channels in cell membranes. All living cells utilize osmosis and calcium ions flow through pore-like so-called channel proteins into living cells which control the contraction of heart muscle cells, the activity of enzymes, and the communication of nerve cells with each other.

“This substance has been shown to affect the hormonal system and may have negative effects on the function of enzymes and carrier proteins,” said Prof. Dr. Dieter Swandulla from the Institute of Physiology II at the University of Bonn. “It seems that fetuses and newborns are particularly sensitive to BPA.”

“Drugs such as those used to treat high blood pressure and cardiac arrhythmia on the one hand, and neurotoxins, such as heavy metals, on the other hand act on exactly the same calcium channels,” explains the physiologist from the University of Bonn. “This indicates that BPA can indeed have adverse effects on human health.” It was also determned that BPA binds to the calcium channels reversibly.