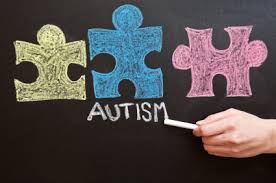 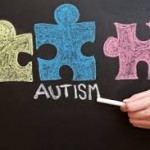 A study presented by the University of Sherbrooke in Sherbrooke, Quebec, Canada at the Endocrine Society’s 97th annual meeting in San Diego concluded that chemicals that are usually present in the home can lead to autistic behavior in infants.to

Chemical exposure during pregnancy to phthalates and brominated fire retardants act as endocrine disruptors, substances that can impair processes controlled by hormones. Previous studies have revealed that exposure to these chemicals can impact on the mental and motor development of infants. These chemicals are commonly found in many household plastic products and flame retardants.

The study consisted of dividing rat pups into three groups. The first group consisted of 28 pups whose pregnant mothers received low doses (by tube feeding) of a mixture of various phthalates and brominated flame retardants. The second group consisted of 20 unexposed pups and in the third group 18 pups were given valproic acid, a drug that induces autism in humans and autistic-like behavior in rats.

The research findings revealed that rat pups whose pregnant mothers received the chemical mixture showed behaviors similar to those seen in humans with autism spectrum disorders. They exhibited social interactions and increased hyperactive movements compared with unexposed pups. In general, males were more affected than females were and demonstrated less maternal bonding than their female counterparts did. The third group, which served as a rat model of autism, had similar abnormal behaviors, including general developmental delay.

“Our research points to potentially preventable causes of autism, which remains a diagnosis with enormous social costs and limited solutions,” said lead study author Stephanie Degroote, MSc, a PhD student at the University of Sherbrooke in Sherbrooke, Quebec, Canada.

“Our research finds that the developing brain is extremely sensitive to chemical additives found in our daily environment, and these chemical can contribute to the development of autism,” Degroote said. “The good news is that these exposures are avoidable, contrary to genetic risk factors, which are almost always not modifiable.”