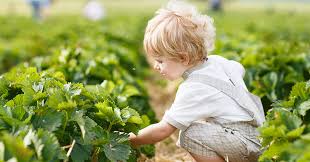 The Yale School of Medicine has added to currently existing research and determined that prenatal exposure to agricultural pesticides (chlorpyrifos) causes neuro-development issues and impacts on the nervous system.

The study, published in the journal Neurotoxicology, has focused on pesticide exposure in children and how it impacts on development. The study tracked children with prenatal exposure to chlorpyrifos until the age of 11, then tested for the presence of tremors. The study participants consisted of 263 minority mothers and their children, all from low income communities in New York City. In 1997, the child’s initial prenatal exposure to CPF was taken from umbilical cord blood. At age 11, the children were administered a short drawing test, which the researchers assessed for presence of tremor.

“This is perhaps one of the only examples in which we can show that in utero exposure to these pesticides leads to longterm health care consequences in the children,” Yale senior author and School of Medicine neurology professor Elan Louis MED ’89 said. “We’re talking about the possibility that fetuses exposed to pesticides through their mother, while they’re in utero, could have tremor eight or ten years later.”

“If you go to your grocery store and sample all of the fruits and vegetables in there, 25 percent of them will have some detectable traces of these [pesticides] still on them, and these are basically toxic. In terms of chemical warfare, they use these same [pesticides] in sarin gas, and we’re eating them, basically,” neurology professor at the School of Medicine Babar Khokhar said. “I think we need to take a look at the entire agricultural industry.”

The Environmental Protection Agency has banned the residential use of CPF, since 2001. The Environmental Protection Agency has issued a new health assessment for the agricultural use of chlorpyrifos. The assessment finds a risk to workers who mix, load and apply chlorpyrifos and is based on a response to a petition submitted by Natural Resources Defense Council (NRDC) and Pesticide Action Network (PAN) in 2007, which called on the agency to ban all uses of the insecticide.