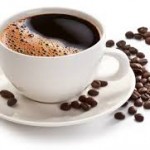 A new study released by Lund University in Sweden has revealed that women with breast cancer who were placed on a regiment of tamoxifen could halve the risk of recurrence by consuming coffee.Breast cancer is the most common cause of cancer. with at least one in eight women affected. At least 2 cups of coffee a day halved the risk of breast cancer recurrence in tamoxifen treated women. The study is the first to examine the detailed metabolic connection in contrast to the previous study which only examined the indirect causation.

“Now, unlike in the previous study, we have combined information about the patients’ lifestyle and clinical data from 1,090 breast cancer patients with studies on breast cancer cells,” say researchers Ann Rosendahl and Helena Jernström, both of Lund University and Skåne University Hospital, also in Sweden.

Tamoxifen is the most common treatment for patients with estrogen receptor positive (ER) breast cancer. The research participants consisted of 1,090 women and 500 women were treated with tamoxifen. The women’s coffee consumption was assessed and allocated to one of three categories: low consumption (less than one cup a day), moderate consumption (two to four cups and day) and high consumption (five or more cups a day).

The research findings specifically revealed that tamoxifen-treated women who consumed at least two cups of coffee a day had smaller tumors and a lower proportion of hormone-dependent tumors than women who consumed less coffee. The team found that both of these compounds – particularly caffeine – reduced cell division and increased cell death among both ER+ and estrogen receptor-negative (ER-) breast cancer cells. When tamoxifen was applied, the effect was even stronger.

“This shows that these substances have an effect on the breast cancer cells and turn off signaling pathways that the cancer cells require to grow,” said Rosendahl and Jernström. The researchers attribute the anticancer impact of coffee to the anti-oxidant properties of coffee. “The clinical and experimental findings demonstrate various anticancer properties of caffeine and caffeic acid against both ER+ and ER- breast cancer that may sensitize tumor cells to tamoxifen and reduce breast cancer growth.”