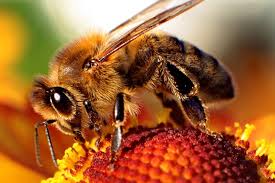 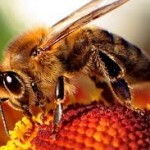 A study, published in the Journal of Experimental Biology, determined the devastating impact of Glyphosate on bee colonies. Glyphosate (GLY) is a broad spectrum herbicide used for weed control. Neonicotinoids have previously been associated with colony collapse disorder and a number of cities have taken steps to ban the insecticide; however, it was shown that glyphosate has the same devastating impact.

The impact of field realistic doses of Glyphosate (GLY) was studies on honeybees who were chronically and acutely exposed to it. The researchers focused on sucrose sensitivity, elemental and non-elemental associative olfactory conditioning of the proboscis extension response (PER) and on foraging related behavior.

Substances that are taken into the hive can remain stored for long periods of time and accumulate until they are used as supplies for the colony. Chemicals accumulated inside the hive could have subtle negative effects, often inconspicuous within the short term, that could impair behavioral processes in the long-term. As a result, honeybees are very sensitive bio-sensors of changes in the environment and respond even to subtle variations caused by pollutants.

The study results determined that bees chornically exposed to glyphosate within the range of recommended doses had reduced sensitivity and sucrose and learning performance. Acute exposure causes a significant negative impact on elemental and non-elemental learning and short term memory.

Taken together these results suggests that application of glyphosate, due to standard spraying, can impact on nectar reward and impair associative learning impacting on the entire colony as a whole.

Honeybees are the main pollinators in agricultural ecosystems. Each foraging honeybee makes trips several times a day to gather resources from several miles away. In doing so bees take any foreign substances present in those resources back to the hive.