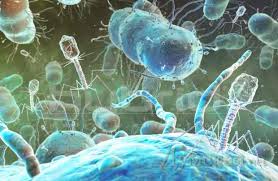 A groundbreaking new study has been published by San Diego State University researchers. A virus called CrAssphage infects one of the most common types of gut bacteria called Bacteroidetes and is known as a bacteriophage, capable of infecting bacteria. This bacterium has been linked to obesity, diabetes and other gut related diseases.

Researchers “stumbled” upon the virus by accident when analyzing the DNA fecal sample from 12 different individuals. They noticed a particular cluster of viral DNA, about 97,000 base pairs long, that the samples all had in common.

The researchers then screened for the virus across the database of the National Institute of Health’s Human Microbiome Project (HMP), and Argonne National Laboratory’s MG-RAST database, and again found it in abundance in samples derived from human feces.

“It’s not unusual to go looking for a novel virus and find one,” Edwards one of the senior researchers said. “But it’s very unusual to find one that so many people have in common. The fact that it’s flown under the radar for so long is very strange.”

Bacteriodetes bacteria are found at the end of the intestinal tract, and they are suspected to play a major role in the link between gut bacteria and obesity. The virus was not found in the fecal samples of very young infants and appears to be acquired during childhood.