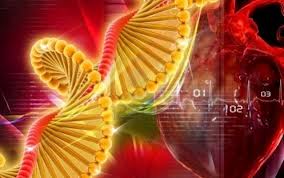 A study released by the Washington School of Medicine in St. Louis has linked heart failure to the presence of long non coding RNA. This is a rapidly evolving field of research, with the functionality of these RNA strands linked to different diseases as well as the ability of environmental influences to impact on these RNA strands.

Non coding refers to the fact that these strands of RNA are not involved in coding for protein; however, they are emerging as hitherto unexplored regulators of numerous cellular processes involved in numerous human disorders. The presence of non coding RNA’s has also recently been linked to autism.

Heart failure refers to a gradual loss of heart function as the left ventricle, the heart’s main pumping chamber, becomes less efficient. Blood flow diminishes, and the body no longer receives the oxygen needed to go about daily tasks. Sometimes the condition develops after an obvious trigger such as a heart attack or infection, but other times the causes are less clear.The current study investigated non-failing hearts and failing hearts before and after patients received pump support from left ventricular assist devices (LVAD). The LVADs increased each heart’s pumping capacity while patients waited for heart transplants.

“We took an unbiased approach to investigating which types of RNA might be linked to heart failure,” said senior author Jeanne M. Nerbonne, PhD, the Alumni Endowed Professor of Molecular Biology and Pharmacology. “We were surprised to find that long noncoding RNAs stood out. In fact, the field is evolving so rapidly that when we did a slightly earlier, similar investigation in mice, we didn’t even think to include long noncoding RNAs in the analysis.”

In this research study, the investigators linked expression patterns of long noncoding RNAs to two major types of heart failure before and after they received LVAD support.

“We don’t know whether these changes in long noncoding RNAs are a cause or an effect of heart failure,” Nerbonne said. “But it seems likely they play some role in coordinating the regulation of multiple genes involved in heart function.”

The research findings quite clearly distinguished expression of long non coding RNA between heart failure associated with a heart attack (ischemic) and heart failure without the obvious trigger of blocked arteries (nonischemic). Once the left ventricular device was implanted only long non-coding RNAs significantly changed expression patterns strongly suggesting that they are linked to heart failure.

“It’s clear that some patients experience a change in the structure and physiology of the heart tissue following pump support, and in some patients that change results in improved heart function,” Nerbonne said. “One interesting question is whether these long noncoding RNAs could be a measure of whether the failing heart is getting better with an LVAD.”

A previous study linked the ability of grapes to activate genes that prevent heart failure. The research was published in the Journal of Nutritional Biochemistry and researchers discovered a natural way that grapes exert beneficial effects on the heart which researchers believe to be responsible for the beneficial effects observed with grape consumption, influencing gene activities and metabolic pathways that improve the levels of glutathione, the most abundant cellular antioxidant in the heart.

Hypertension affects approximately 1 billion people worldwide, which increases the risk of heart failure by 2 to 3-fold. Heart failure resulting from chronic hypertension can result in an enlarged heart muscle that becomes thick and rigid (fibrosis), and unable to fill with blood properly (diastolic dysfunction) or pump blood effectively. Oxidative stress is strongly correlated with heart failure, and deficiency of glutathione is regularly observed in both human and animal models of heart failure. Antioxidant-rich diets, containing lots of fruits and vegetables, consistently correlate with reduced hypertension.

“Our earlier studies showed that grapes could protect against the downward spiral of hypertensive heart failure, but just how that was accomplished – the mechanism – was not yet known,” said lead investigator E. Mitchell Seymour, Ph.D. “The insights gained from our NIH study, including the ability of grapes to influence several genetic pathways related to antioxidant defense, provide further evidence that grapes work on multiple levels to deliver their beneficial effects.”

“Our hypothesis is that whole grapes will be superior to any individual grape component, in each of the areas being investigated,” said Dr. Seymour. “The whole fruit contains hundreds of individual components, which we suspect likely work together to provide a synergistic beneficial effect.”

So far no study has examined the impact of consuming grapes and the presence of non coding RNA strands in heart failure cases.