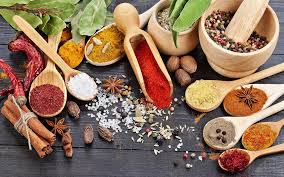 A new analysis of fatalities between 1969-2013 by the American Cancer Society in Atlanta has determined that the death rate from leading causes of death has decreased substantially.

The research team analyzed US national vital statistics data to determine total number and annual percent change in age-standardized death rates and years of potential life lost before age 75 years for all causes combined and for the leading causes.

Hypertension and hyperlipiemia is linked to heart disease and stroke and substantial improvements in control of both with smoking cessation and medical treatment, has resulted in a decrease in the leading causes of death.

A peer reviewed study published in the Journal of the American College of Cardiology has specified that sugar sweetened beverages can lead to a much greater risk of developing type 2 diabetes and cardiovascular disease. Sugar-sweetened beverages are still the single greatest source of added sugar intake in the U.S. diet and contribute to the development of heart disease and stroke.

An estimated 50% of the US population consumers sugar sweetened beverages daily; with one in four getting at least 200 calories per day from them and 5 percent consuming more than 500 calories per day, which is the equivalent of four cans of soda. Fructose is metabolized in the liver where it can be converted to fatty compounds called triglycerides, leading to fatty liver disease and insulin resistance, a key risk factor for developing diabetes and cardiovascular disease.

The study, which analyzed data from recent epidemiological studies and meta-analyses of these studies, reveals that consuming one or two servings a day has been linked to:

“Since we rarely consume fructose in isolation, the major source of fructose in the diet comes from fructose-containing sugars, sucrose and high fructose corn syrup, in sugar-sweetened beverages,” according to Frank Hu, MD, PhD, Professor of Nutrition and Epidemiology at Harvard T.H. Chan School of Public Health and lead investigator of the paper. “Our findings underscore the urgent need for public health strategies that reduce the consumption of these drinks.”

“This is particularly concerning as the research shows that consuming one or more sugar-sweetened beverages a day has been linked to greater weight gain and obesity in numerous published studies,” said Hu. “Regular consumption of sugar-sweetened beverages can lead to weight gain because the liquid calories are not filling, and so people don’t reduce their food intake at subsequent meals.”

“Although reducing the consumption of sugar-sweetened beverages or added sugar alone is unlikely to solve the obesity epidemic entirely, limiting intake is one simple change that will have a measurable impact on weight control and prevention of cardio-metabolic diseases,” said Hu.