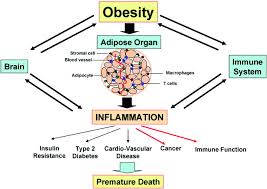 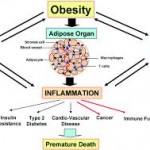 A new study, published in Brain, Behavior and Immunity, has linked an immune response in overweight and obese individuals to psychological stress contributing to chronic and life-threatening diseases.

For this study the researchers measured interleukin-6 (IL-6), an inflammatory agent linked to stress, to investigate the impact of inflammation levels in normal-weight and overweight individuals over the course of two psychological stress tests. They classified weight based on several factors, including body mass index (BMI) and body fat percentage. Individuals with a BMI of 25 or higher were classified as overweight.

The researchers observed that the relationship between BMI and IL-6 levels was linear the higher the BMI, even among lean individuals, the higher the IL-6. Every percentage of body fat appeared to make the body more susceptible to inflammation.

As obesity is a public health risk and two thirds of Americans are classified as overweight, the study reveals why understanding the health risks associated with obesity is important.

“We know that there are serious diseases associated with obesity. Now we are one step closer to understanding how and why,” the lead researcher of the study said.