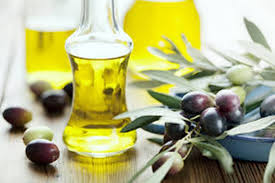 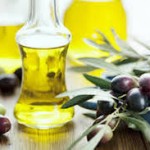 A new dietary fat found in olive oil has the ability to impact on heart failure. The research by the University of Illinois at Chicago College of Medicine published in the journal Circulation reveals that oleate reverses heart failure and causes epigenetic changes to genes linked to the condition.

Heart failure impacts on 5 million Americans, with more than half a million new cases diagnosed each year. It is a chronic disease where the heart becomes enlarged, or hypertrophic, in response to chronic high blood pressure which requires it to work harder to pump blood. As the heart walls grow thick, the volume of blood pumped out diminishes and can no longer supply the body with enough nutrients. Failing hearts are also unable to properly process or store the fats they use for fuel, which are contained within tiny droplets called lipid bodies in heart muscle cells. The inability to use fats, the heart’s primary fuel source, causes the muscle to become starved for energy.

In this study when researched perfused failing rat hearts with oleate they saw an immediate improvement in the way the heart contracted and pumped blood. In contrast, when the researchers perfused the diseased hearts with palmitate, fat metabolism was imbalanced, and cells struggled to access fuel. There was also a rise in toxic fatty byproducts. The location of fat molecules in the cells of diseased hearts was tracked by tagging them with nonradioactive heavy isotope of carbon, which is detected using magnetic resonance spectroscopy. Oleate also restored the activation of several genes responsible for enzymes that metabolize fat.

“These genes are often suppressed in hypertrophic hearts,” said E. Douglas Lewandowski, director of the UIC Center for Cardiovascular Research and senior and corresponding author on the study. “So the fact that we can restore beneficial gene expression, as well as more balanced fat metabolism, plus reduce toxic fat metabolites, just by supplying hearts with oleate — a common dietary fat — is a very exciting finding.”

“This gives more proof to the idea that consuming healthy fats like oleate can have a significantly positive effect on cardiac health,” Lewandowski said.