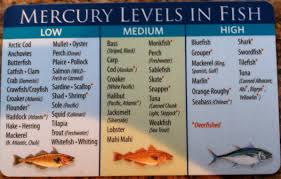 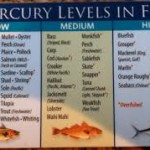 A study originating from the Seychelle’s is causing scientists to re-examine the impact of possible mercury exposure due to fish consumption. The research published in the American Journal of Clinical Nutrition suggests that properties found in fish may confer a protective effect against mercury. It appears that polyunsaturated fatty acids (PUFA) may specifically counteract the damage that mercury causes in the brain. Previous advisories and guidelines have specifically advised pregnant women to lower their consumption of fish due to the possibility of mercury exposure.

The research participants consisted of 1,500 mothers and their children. Twenty months after birth, the children were subjected to numerous tests designed to measure their communication skills, behavior, and motor skills. The researchers also collected hair samples from the mothers at the time of their pregnancy to measure the levels of prenatal mercury exposure.

The study findings revealed that mercury exposure did not correlate with lower test scores. The level of PUFA levels present in pregnant women was measured and it was determined that the children of mothers with higher levels of omega 3 fatty acids performed better on certain tests.

“These findings show no overall association between prenatal exposure to mercury through fish consumption and neurodevelopmental outcomes,” said Edwin van Wijngaarden, Ph.D., and associate professor in the University of Rochester Department of Public Health Sciences and a co-author of the study. “It is also becoming increasingly clear that the benefits of fish consumption may outweigh, or even mask, any potentially adverse effects of mercury.”

“This research provided us the opportunity to study the role of polyunsaturated fatty acids on development and their potential to augment or counteract the toxic properties of mercury,” said Sean Strain, Ph.D., a professor of Human Nutrition at the Ulster University in Northern Ireland and lead author of the study. “The findings indicate that the type of fatty acids a mother consumes before and during pregnancy may make a difference in terms of their child’s future neurological development.”

The researchers hypothesize that the omega 3 fatty acids confer anti-inflammatory properties thus counteracting the mercury inflicted damage that can cause oxidation and inflammation.

“It appears that relationship between fish nutrients and mercury may be far more complex than previously appreciated,” said Philip Davidson, Ph.D., the principal investigator of the Seychelles Child Development Study, a professor emeritus at the University of Rochester, and senior author of the study. “These findings indicate that there may be an optimal balance between the different inflammatory properties of fatty acids that promote fetal development and that these mechanisms warrant further study.”