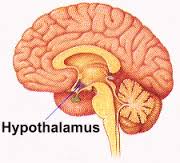 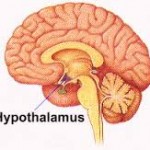 A new study was released by the Washington University School of Medicine in St. Louis which specified the obvious, the body needs an optimal amount of fat for healthy brain function. The researchers used mice models to trace the metabolic pathway of how the body’s fat tissue is involved in regulating certain brain processes.

The study published in the journal Cell Metabolism identified an enzyme secreted by the body’s fat tissue which regulated the energy levels in the brain. “We showed that fat tissue controls brain function in a really interesting way,” said senior author Shin-ichiro Imai, MD, PhD, professor of developmental biology and of medicine. “The results suggest that there is an optimal amount of fat tissue that maximizes the function of the control center of aging and longevity in the brain. We still don’t know what that amount is or how it might vary by individual. But at least in mice, we know that if they don’t have enough of a key enzyme produced by fat, an important part of the brain can’t maintain its energy levels.”

“As we age, people who are slightly overweight tend to have fewer problems,” Imai said. “No one knows why people categorized as being slightly overweight tend to have a lower mortality rate. But our study suggests that if you don’t have an optimal amount of fat, you are affecting a part of the brain that is particularly important for controlling metabolism and aging”, said Imai.

The enzyme is called NAMPT and is involved in producing a vital cellular fuel called NAD. The research findings have identified for the first time that NAMPT is not only confined to cells but also circulates in the bloodstream.

“There’s been a lot of controversy in the field about whether extracellular NAMPT has any function in the body,” Imai said. “Some researchers have said it’s just a result of leakage from dead cells. But our data indicate it is a highly active enzyme that is highly regulated.”

The study identified the fat metabolic pathway for the first time as it regulates to brain function and identified that extra-cellular NAMPT impacts on the hypothalamus; involved in regulating physiology including body temperature, sleep cycles, hear rate, blood pressure, thirst and appetite.

Expression of a vital protein called STRT1 is dependent on the energy regulation in the hypothalamus controlled by the level of NAMPT. Further testing revealed that the physical activity level of mice with low levels of NAMPT could be boosted by injecting mice with a compound produced by NAMPT.

“This phenomenon makes sense in the wild,” Imai said. “If you can’t get food and you just sit around and wait, you won’t survive. So the brain, working in conjunction with the fat tissue, has a way to kick in and let you move to survive, even when food is scarce.”