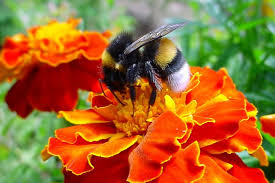 The Oregon Department of Agriculture released a press statement on the 27th of June 2013 announcing that it was restricting the use of 18 pesticide products containing the active ingredient dinotefuran for 180 days.

The temporary ban is as a result of the large scale death of bumblebees in Wilsonville and Hillsboro this month which the department is investigating. By adopting a temporary rule, ODA is taking action, in an abundance of caution, to avoid the potential of similar large bee kills this summer due to specific pesticide applications.

A Wilsonville, Oregon, Target parking lot has seen what could be the biggest-recorded mass bumblebee die-off in the Western US. The 25,000 deaths were first noticed on Saturday, as bees tumbled from 55 linden trees in bloom, the Oregonian reports. “They were literally falling out of the trees,” a biologist tells the Portland Tribune; he calculated that some 150 colonies likely met their end. Adds an agriculture official: “I’ve never encountered anything quite like it in 30 years in the business.”

“I have directed the agency to take this step in an effort to minimize any potential for additional incidents involving bee deaths connected to pesticide products with this active ingredient until such time as our investigation is completed and we have more information,” says ODA Director Katy Coba. “Conclusions from the investigation will help us and our partners evaluate whether additional steps need to be considered.”

The pesticide restriction is focused on ornamental, turf and agricultural pesticide products that are used by both professional applicators and homeowners and which may impact pollinators. Products with the active ingredient dinotefuran registered in Oregon for other uses, such as flea and tick control on pets or home ant and roach control, are not affected by the restriction.