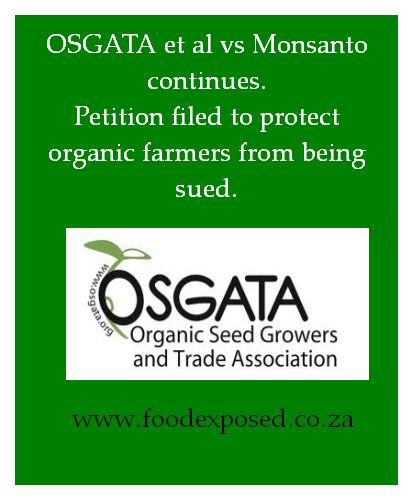 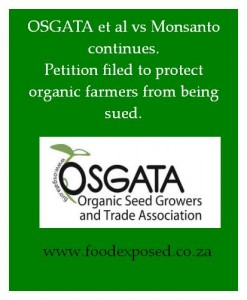 In a highly publicized GMO case, Osgata et al. vs Monsanto, a group of U.S. organic and conventional farmers, public advocacy groups and seed businesses have asked the U.S. Supreme Court to protect them should their fields ever become contaminated with genetically modified (GM) transgenes.

In a June 10th ruling earlier this year, a three-judge panel at the Court of Appeals for the Federal Circuit ruled that a group of organic and otherwise non-GMO farmer and seed company plaintiffs are not entitled to bring a lawsuit to protect themselves from Monsanto’s transgenic seed patents “because Monsanto has made binding assurances that it will not ‘take legal action against growers whose crops might inadvertently contain traces of Monsanto biotech genes (because, for example, some transgenic seed or pollen blew onto the grower’s land).'”

“While the Court of Appeals correctly found that the farmers and seed sellers had standing to challenge Monsanto’s invalid patents, it incorrectly found that statements made by Monsanto’s lawyers during the lawsuit mooted the case,” said Daniel Ravicher, executive director of the Public Patent Foundation (PUBPAT) and lead counsel to the plaintiffs in OSGATA et al v. Monsanto. “As a result, we have asked the Supreme Court to take the case and reinstate the right of the plaintiffs to seek full protection from Monsanto’s invalid transgenic seed patents.” The current petition to the Supreme Court can be accessed here.

The case is being brought as organic farmers fear being sued for patent infringement should their farms be contaminated with Monsanto’s genetically engineered plants a valid concern considering Monsanto’s litigious nature.