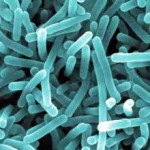 Research conducted by the University of Helsinki and the Helsinki University Central Hospital has found that Parkinson’s disease sufferers have a different microbiota in their gut than healthy individuals.

“Our most important observation was that patients with Parkinson’s have much less bacteria from the Prevotellaceae family; unlike the control group, practically no one in the patient group had a large quantity of bacteria from this family,” said DMSc Filip Scheperjans, neurologist at the Neurology Clinic of the Helsinki University Hospital (HUCH).

The study authors have not demonstrated the meaning of the different intestinal bacteria and if it is linked to protecting people from the disease or if it is a causal factor producing the symptoms of the disease.

Patients lacked the Prevotellaceae bacteria and the amount of Enterobacteriaceae family in the intestine was connected to the degree of severity of balance and walking problems in the patients. The more Enterobacteriaceae they had, the more severe the symptoms.

“We are currently re-examining these same subjects to determine whether the differences are permanent and whether intestinal bacteria are associated with the progression of the disease and therefore its prognosis,” said Sheperjans. “In addition, we will have to see if these changes in the bacterial ecosystem are apparent before the onset of motor symptoms. We will of course also try to establish the basis of this connection between intestinal microbiota and Parkinson’s disease — what kind of mechanism binds them.”